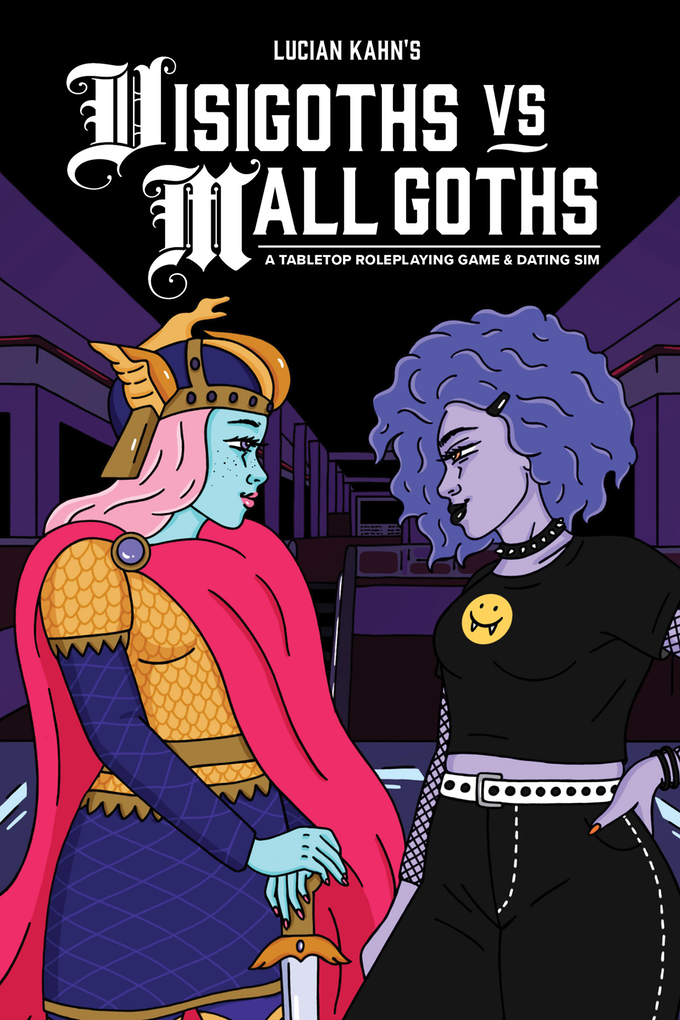 Lucian Kahn is the designer of the ghostly storytelling game Dead Friend: A Game of Necromancy and project director of the anthology You & I: Roleplaying Games for Two, both of which were nominated for 2019 Indie Groundbreakers Awards in the category of Most Innovative.

Join us at Library West to hear about Kahn's most recent game, Visigoths vs. Mall Goths, a tabletop roleplaying game and dating sim about the conflicts and romances among the warriors who sacked ancient Rome and 20th century spooky teens, set in a shopping mall in a Los Angeles suburb in 1996.

Kahn will lead participants in a Visigoths vs. Mall Goths character-creation demo and Q&A - come with some questions! This will be a great time to ask a successful designer of innovative games about the ways they have made the game world accommodate their non-traditional work.